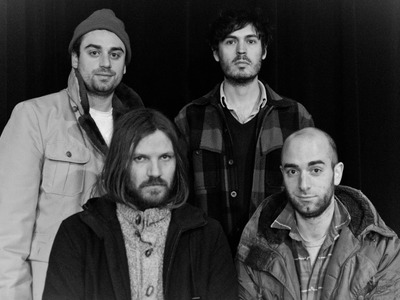 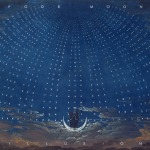 While it’s clear there are elements of the Fleet Foxes woven through the EP, equally it would be naive to think they’re simply a carbon copy of the band. Any Place is the perfect slow burning dirge which brings to mind not only the Fleet Foxes more mellow numbers but also Midlake. There are shades of The Flaming Lips – most audible on the superb upbeat People In Her Mind and it’s easy to draw Simon & Garfunkel comparisons on the hushed finale Widow. It’s a wonderful blend that really brings this EP to life. Production on the EP is handled with care and varies from spacious light reverb soaked acoustic guitar, to a more electric and full bodied sound that wouldn’t sound out of place back in the 70’s. There’s a lot of variation between tracks but all five sit together gracefully, it builds before dropping down again and as a complete piece it satisfies immensely.

While I’m not familiar with The Christmas Cards music this is without a doubt an EP that fans of the Fleet Foxes can pick up in confidence. For others who might be curious it’s definitely worth a look as a solid debut EP which can slide easily into the Indie Folk genre tag. I look forward to hearing a full length from Poor Moon if this is anything to go by.

Sub Pop have the entire EP up for stream and if you can spare fifteen minutes of your day it gets my recommendation wholeheartedly.

Illusion is out now on Sub Pop Records.