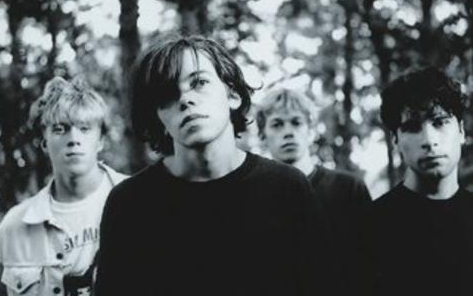 Of all the bands that came out of the Thames Valley shoegaze scene in the early 90s, I hold Ride the dearest. As well as owning the gargantuan amount of effects pedals and an intimate knowledge of My Bloody Valentine records that the scene required; they could also write tunes with memorable sonic hooks.

With their first album release Nowhere, the band crafted the dense, distorted tunes of their contemporaries along with a greater level of structure – even during the densest parts of the heaviest droning tracks it’s still possible to pick out hummable hooks and melodies.

By the time the band had released their second album Going Blank Again in 1992 the musical climate had changed. The music press had embraced the sound of grunge from America and the British guitar band scene hardly got any coverage. The band’s sound had lifted from the drone sound of Nowhere, although still dense and effect laden, it was much more accessible.

The Album has been remastered and reissued to mark its twentieth anniversary and has a bonus DVD of the Brixton Academy show from 1992. This live concert was originally released only on VHS across the world (and Laserdisc in Japan) and has long been unavailable.

The opening track of the album, Leave Them All Behind is a sprawling eight and half minute epic that builds from an atmospheric organ introduction into a wall-of-noise style bass from Steve Queralt and Andy Bell’s distorted guitars, topped off with Mark Gardener’s hushed vocals, all held together with Laurence Colbert’s exemplary drumming. This amazing track still has a place on my list of top ten songs of all time!

Listen to Leave Them All Behind:

The sound set from the opening track filters through the rest of the album with the tracks Twisterella, Not Fazed, Mouse Trap, and Time of Her Time adding elements of an upbeat, almost pop sound to the mix. This isn’t to say that the production changes, multi layered guitars come in from all directions, but the band had more confidence and didn’t bury the new elements to deeply in the sound. The track Chrome Waves adds a beautiful atmospheric downtempo sound with ethereal vocals.

The reissue also includes some of the band’s b-sides from the era with the closing instrumental track Grasshopper coming across as what we would now define as a post-rock sound.

Overall the album is solid and still sounds great twenty years on, and really should be part of anybody’s record collection.

Unfortunately the band’s subsequent release Carnival of Light changed the band’s sound to match that of the then burgeoning Britpop scene in 1994. Although it is a good album with good songs, it became lost in the tide of britpop releases and was mostly overlooked. The biggest shame was the loss of the whirling dense production that had given Ride their unique sound and character.

Things became worse as the band fractured, resulting in the last album Tarantula being released in 1996 after the band had split.

The band did reform briefly in 2001 to record a piece for Channel 4′s documentary about Sonic Youth. The  session consisted of about an hour’s worth of unrehearsed sonic jamming. A section of this session was mixed and released as the limited edition Coming Up For Air EP in 2002.

Subsequently Mark Gardener has released a solo album These Beautiful Ghosts in 2005 which is well worth checking out. Andy Bell went on to form the band Hurricane #1 and later became a member of Oasis and Beady Eye.

To celebrate the reissue, Ride have made a rare Portishead remix of Moonlight Medicine available.  It was the the opening track from Carnival of Light and the original track features organ by Jon Lord, the Deep Purple keyboardist who passed away earlier this month.

Listen to it here:

The reissue is released on 13th August, along with the albums Carnival of Light, Tarantula, OX4_The Best Of, and Smile – and is available to order here: