It’s that time of the year again when music blogs worldwide take a few paragraphs to discuss their favourite albums of the year and make a comprehensive list out of it; who are we to break the trend, so without further ado I present to you the Universal Wax Top 12 of ’12. In no particular order and over the course of three parts, each of us will be taking four of the albums released this year that we are particularly fond of and devoting a few sentences to why you should check it out. If you are already familiar with them let us know what you think, why not take the time to let us know your top 12 albums of 2012?  – Sam

I never got round to reviewing this one, partly because I was so absorbed listening to it over and over again that by the time I finally got round to sitting down to write something about it I was perhaps a little over familiar with it and met with a form of writers block. Sugaring Season turned out to be a complete surprise. After checking news on a new Beth Orton album near monthly since the excitement of Comfort in Strangers (2006) had died down I soon gave up hope of hearing another Beth Orton song as she slipped into motherhood and I found other artists to obsessively check up on; as far as I could tell we wouldn’t be hearing from her for a while. Fast forward to September 28th 2012 and a notification from muspy lands in my inbox informing me that ‘Beth Orton – Sugaring Season’ would be out on Monday. Cue frantic googling and two days of building anticipation before I finally sat down and had a chance to listen to the album in its entirety.

The six year wait was worth it though as Beth Orton has released, and I know how divisive this statement will be, her best album to date. Yes it’s better than Central Reservation and I don’t state that lightly. Sugaring Season is a triumphant return with a refined sound and an advance in the maturity of song writing. Instrumentation is more beautiful than it’s ever been, it’s clear crisp production attributing to an autumnal vibe throughout. It’s flow is perfect, tracks compliment each other perfectly and Beths beautiful guitar work has never sounded so bright and effortless. There’s more ‘folk’ than ‘tronica’ at work here, and it generally sounds more traditional as a whole, but when it’s done this well there’s no qualm to be had.

Highlights include opener Magpie, Poison Tree and the stunning Last Leaves of Autumn.

The End* of Music had been an album that sat fiercely at the top of my most anticipated of the year list, not just for 2012 but for the two years prior as drips and drabs of information was released by the band. There were moments when it didn’t look promising for the Swedish duos follow up to the mesmerising Atlas (2008) and we might lose it to time all together, but sure enough The End* of Music finally made it out and thankfully did not dissapoint. Building on the foundations of their sound laid on Atlas, The End* of Music is a hypnotic wash of fuzzy guitars, hazy vocals, warm rolling basslines and quiet acoustic moments. It’s one of the most consistent albums of the year as tracks bleed into each other making use of ambient crossovers and subtle fade outs.

Ursa Minor is a strong opener but as the album progresses the songs get stronger and the band find their feet as the vocals soar and the compositions get deeper and more developed. Often enough, as with Atlas, tracks will start quiet before building quietly and then before you know it burst with explosive energy. This explosive energy consistently sounds held back, caked in tension more akin to a volcano exploding in slow motion than a bomb blast. It’s compelling stuff and while I can see how this may have attributed to some mixed reviews at the time of release, it’s nothing but exciting to listen to in a world where so many bands of their ilk feel they have to hurry to the point. Majestic and thoughtful, The End* of Music is a wonderful album that demands your attention while allowing you to slip in and out should you not have the time for the entire piece. It makes a special place here because it refused to leave our playlist despite the constant flow of new music for the majority of the year.

Highlights include Under A Leaden Sky, Hidden Mountains and the slow burning Erase.

One of the most unmercifully catchy albums of the year, Port of Morrow was a fine return to form for the Portland based band after an absence nearly as long as Beth Orton. James Mercer has crafted some truly brilliant tracks in his career but none so consistent as the tracks that make up Port of Morrow. Everything here has been refined from the vocals through to the composition and the wonderful production, which after spending time with Danger Mouse on Broken Bells has taken on a level of sheen the Shins havn’t presented before. It may not be the bravest album to grace this year but it’s a damn near perfect album in many regards and the pinnacle of the Shins outputting thus far. A sublime slice of Indie Pop, check out our full review from back in March.

Highlights Include The Rifles Spiral, Simple Song, No Way Down and Fall of ’82. 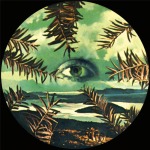 I crowned it back in February (Valentines day to be precise) and I’ll stand by my statement, if not the album of the year, it is most definitely up there with the absolute best. Lilacs & Champagne’s self titled debut was a smoke filled, hazy mash up of intriguing samples, Grails style guitar noodling, hip hop beats and psychedelic atmosphere. Alex Hall and Emil Amos (Members of Portland instrumental rockers, Grails) sure know how to craft a compelling record and leave a listener wanting more. Although there are more samples than I care to know on this record, it has without a doubt been one of the most interesting records to listen to and rewards repeat listens. Consistently changing it’s greatest strength is it’s versatility. As I said in my review, for something that on paper sounds like it should never work, Hall and Amos have really succeeded in pulling it together. Hopefully we wont have to wait long for its follow up.

Highlights include Lilacs, Sensations, Battling the City and the absolutely stunning opener Everywhere, Everyone

So there we have it, the first four of our twelve albums of the year. Did you agree with any of them? Maybe you disagreed with all of them! Let us know below and make sure to return for Martins selection on Thursday afternoon, with Tom’s final four to follow over the weekend.