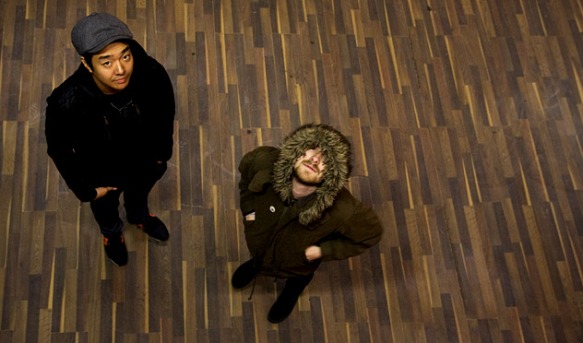 Fuck Buttons are finally back with a new album. Out 22nd of July in the UK (23rd for the US) the new record is titled Slow Focus and follows the brilliant 2009 release Tarot Sport; a wonderful building wall of distortion, pounding rhythms and blissful electronics that was backed by one of the greatest live experiences I have ever had. They’ve had a few exciting years culminating in tracks being used at the recent Olympics opening ceremony.

This time around pitchfork reports that Slow Focus will be a self produced effort released via ATP Recordings. Debut Street Horrrsing was produced by Mogwai guitarist John Cummings and Tarot Sport by Andrew Weatherall.

Slow Focus comes in at just 7 tracks so expect some epic pieces as before.

We’ll update as soon as any tracks or audio previews become available.

Little introduction is needed for Matthew Cooper, the mastermind behind Eluvium. For 10 years he has produced music that consistently impresses fans and critics worldwide.

His last full length LP (not including his mini album Static Nocturne) was Similes (2010), which for the first time featured Matthew’s vocals. I personally love this album and rate it as highly as his other more notable releases such as, Copia (2007) and Talk Amongst the Trees (2005).

After three years, Matthew has announced that he’ll be releasing a new full length album on May 14th called Nightmare Ending which he describes as a “fully instrumental affair“. So far he has released two tracks from the new album, Don’t Get Any Closer and Envenom Mettle.
END_OF_DOCUMENT_TOKEN_TO_BE_REPLACED

I’m getting a sense of Déjà vu here, I swear it was about this time last year I wrote about Magnus Birgersson’s last release under his Solar Fields monicker, Random Friday. As with his prior release Origin # 01 however, this one is a look back in time specifically focusing on the period between 2003 and 2009. END_OF_DOCUMENT_TOKEN_TO_BE_REPLACED 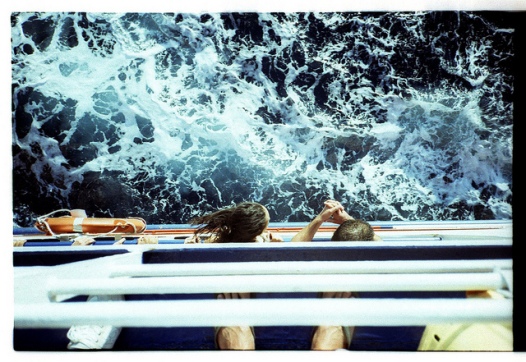 I’ve recently been revisiting some of my favorite ambient artists and making some new discoveries. I thought I’d do a little roundup of what I’ve been daydreaming to for the last week.

Keith Kenniff AKA Helios released an album of his previously released songs that have been remixed by a variety of artists. Halving The Compass is one of my all time favourite Helios tracks, and was recently remixed by Rhian Sheehan, an award winning musician from New Zealand. Rhian Sheehan put the ambient scene in awe with his 2008 album, Standing in Silence. I genuinely can’t think of a better composer to remix this track. The pacing and intimate sounds of the piano are perfect.

END_OF_DOCUMENT_TOKEN_TO_BE_REPLACED 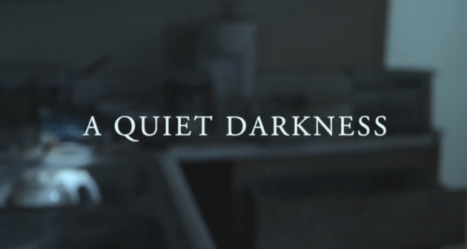 Houses have been very quiet since their debut album All Night (2010). They’re one of my favourite ambient / electronic artist, and I had the pleasure of seeing them live last year in London. Finally there’s some movement from within their den; a video preview of their new album A Quiet Darkness has creeped out, and is due to be released on the 16th of April via Downtown Records. END_OF_DOCUMENT_TOKEN_TO_BE_REPLACED 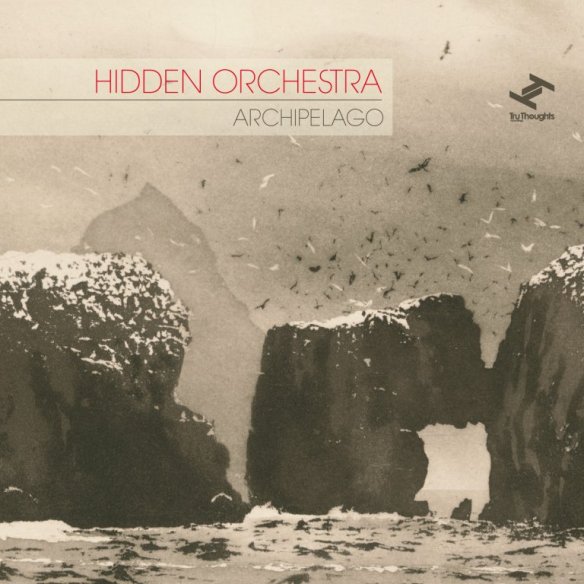 Like Nightwalks before it, Archipelago is a triumphant body of work with rich and detailed production, soaring instrumentation and a staunch visual identity complimenting it’s predecessor and reaffirming Joe Acheson as a master of his craft. Straddling jazz, electronic, ambient, hip-hop and classical as before, It’s also a considerably more varied effort with tracks that shake off the darker claustrophobic atmosphere of Nightwalks and open up to a wider, reenergised and genuinely further refined record.

Overture confidently opens the album with cuts from the rest of the record making fleeting appearances and building into a full track before debut single Spoken brings it down and starts all over again. It is an incredibly evocative piece with field recordings from the Outer Hebrides complimenting the record sleeves beautiful etched visuals. It’s this level of thoughtfulness that separate the Hidden Orchestra from their peers. The tracks run like the tides, building up and receding gracefully with layer upon layer being introduced and creating a bold tension; the dual drum kits playing off each other, teasing and coaxing the music forward. It’s brilliantly clever stuff and a pleasure to listen to, this isn’t a record to be relegated to background music but one to take the time to learn its nuances and be utterly absorbed by.

It’s varied throughout with other double AA single Vorka being positively playful and contrasting with tracks such as Reminder which have distinctly darker tones before straying close to a sound reminiscent of ex label mate Bonobo on Seven Hunters. It’s also worth mentioning Archipelago is overflowing with guest talent. Czech musician/composer Floex joins cellist Su-a Lee, Mary MacMaster and Phil Cardwell who accompany core members Joe Acheson, Poppy Graham, Tim Lane and Jamie Graham. Each bring their own element to Archipelago and sound perfectly suited.

On its own Archipelago is an absolutely fantastic record. Executed with both skillful musicianship and talented song writing it is without a doubt one of the more beautiful, poetic and downright cinematic albums you will hear this year; however taken as a companion to Nightwalks it really shines as one of the most focused and exciting records on the UK music scene. You could accuse the Hidden Orchestra of staying a little too true to their template but think of the considered evolution of their sound combined with Joe Achesons overall vision for Hidden Orchestra and it brings the tantalising imagery of the greatest trilogies of our culture to mind. Let’s hope this is the Hidden Orchestras Empire Strikes Back and not the Godfather Part II (we all know where that trilogy went after that).

The long awaited Burial EP Kindred is finally with us and is now available over on the Hyperdub store to stream and purchase. What’s evident from a quick spin of the three tracks is the evolution of Bevan’s sound from his previous works. This could be attributed 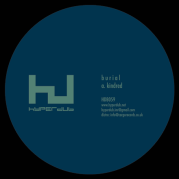 to collaborations with both Four Tet & Thom York, and Massive Attack last year, whose influences creep into the new tunes. It’s a thicker, polished and darker sounding EP with more presence than previous Burial tracks which have tended to verge more on the laid back side despite being full of tension and atmosphere. The latter is still present but this bolder edge works well and the latter two tracks, Loner and Ashtray Wasp stand out in particular against previous Burial tracks. It’ll be interesting to see where Will Bevan takes this sound for a full length follow up, it’s clear he’s not afraid to evolve and embrace other genres of electronic music, it’s been a long time since the brilliant Untrue and hopefully we wont be waiting too much longer…

Stream and Grab the EP over at the Hyperdub store.

This is a true gem of a track. About a year ago Bad Panda released a free album with a compilation of music from various artists, which as usual was put onto my iPod and buried away without proper attention.  However, like the majority of my loved ambient songs, this one wormed it’s way on my shuffle playlist and happily surprised me.

Japanese minimalist artist, end’s not near, has produced one of my favourite ambient tracks, Indian Summer. I’m a huge Haruki Murakami fan, and for me this song is the perfect soundtrack to his literature. I’m unsure of where the dialogue during the track comes from, or the actual reason for the production of this track, as his other work doesn’t seem to be connected. Either way, it’s a joy to the ears so sit back and relax to it.

Indian Summer by end’s not near

There are few albums that I would call truly beautiful, Helios’s Eingya and Gregor Samsa’s second full-length Rest spring to mind; and now, with Gem Club’s debut Breakers, Christopher Barnes, cellist Kristen Drymala and vocalist Leva Berberian have crafted quite simply one of the most systematically heartbreaking, haunting and outright beautiful albums to have graced my system in a long time and it can comfortably sit within that list. 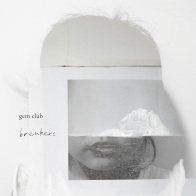 There’s an unbelievable subtlety to this album, it’s got room to breathe and every note written sounds considered and then considered again. Stripped to a combination of rhythmic piano, calming vocals and brooding cello it can feel incredibly pure. I hesitate to say it verges on bleak with an almost melancholy feel. Go into this album in an optimistic mood and I’m sure you will take a different view compared to heading in full of pessimism.

It can be a worry with music similar to this that it comes across as a pretentious wash of sound but Gem Club manage to hold their focus and the songs here bleed with emotion. Pacing is key and although this may not be an album for every moment of the day it’s one that’s of little effort to listen to and at just shy of fourty minutes is the perfect length, never outstaying it’s welcome. Drums punctuate at the right moment and vocals soar when needed, it’s smart stuff and works very well.

Penultimate track 252 are where things really gather together and show what Gem Club can really do. It’s beautiful, a little friendlier and stands out strong on an album of already stellar tracks. The vocals lift and there’s a warmth that fills the sound that isn’t present prior.

It’s a difficult thing to review this album without listing a string of adjectives revolving around the word beauty but at it’s core this is what Breakers delivers. It was never going to be an album for every moment of the day and that’s ok; it’s an album to slip some headphones on and simply listen to. Don’t let this one fall into the background, it yearns to be heard properly.