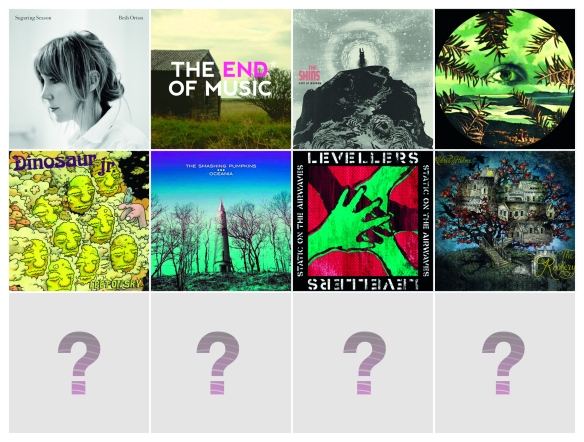 END_OF_DOCUMENT_TOKEN_TO_BE_REPLACED

Chris Helme returns with The Rookery, the follow up to the 2008 excellent long player Ashes. Helme is most famous for being the frontman in the post Stone Roses band The Seahorses created by John Squire. Squire had found Helme when one of his longtime guitar technicians discovered him busking outside a shop in York city center. The Seahorses released their album Do It Yourself in 1997 and instantly shot to fame on the back of the then flourishing britpop scene and the prominence granted by John Squire being in the band. After three hit singles and two years of successful touring the band fragmented whilst writing their second album, mainly due to clashes between Helme and Squire over the new material.

Now with the legacy of The Seahorses fading, especially with the reformation of the Stone Roses getting so much attention, it is great to see Helme forging ahead with his solo career.

Returning with a beautiful and more mature tone, the new album follows on from Ashes with a dreamy indie-folk sound, slightly reminiscent of The Coral and early Gomez. The opening track is the instrumental Pickled Ginger, an almost perfect piece of english folk leaving the britpop days of The Seahorses as a distant memory. As the album grows, simple arrangements are bolstered with the gentle use of a string quartet and confident songwriting.

The track Plane demonstrates this beautifully and is a highlight of the first part of the album, showcasing Helme’s soulful vocal talent.

Listen to a clip of Plane below:

This is then followed by the excellent The Spindle And The Cauldron which adds a hint of early Led Zeppelin to the mix, with suitable melancholic vocals about an ethereal mysterious girl at his window.

Listen to a clip of The Spindle And The Cauldron below:

The track Pleased steers the sound in a further bluesy direction with Daddies Farm adding a upbeat edge to proceedings and Set In Stone bringing back the subtle orchestration. The rich layered production of the whole album really compliments Helme’s vocals and it’s amazing to believe that the whole record was produced in just nine days in the Yorkshire dales.

This is a great album, a gentle, laid back journey, expertly crafted with a good mix of soulful ballads and melodic acoustic rock – all held together with some thoughtful lyrics and excellent vocal talent.

Helme has also announced a series of gigs around the country and is well worth seeing live. More information at chrishelme.co.uk

I’ve had a bit of a Britpop renascence this weekend. It started by seeing Shed Seven play a blinding nostalgia fuelled gig at the O2 Shepherd’s Bush Empire on Saturday, supported by the excellent Chris Helme (ex frontman of the Seahorses).

If that wasn’t enough mid nineties reminiscence, Britpop stalwarts Cast have released their first single in over a decade. Fresh off the back of the 15th anniversary gigs celebrating their debut album “All Change”, they have recorded a new LP “Troubled Times” via PledgeMusic. The album will have a physical release in the new year whilst the digital version was available to plegers in November.

The single “See That Girl” has the familiar tone of the bands previous work and jangly guitar sound of vocalist, John Power’s former band, The La’s. Whilst not breaking any new grounds, anyone who is nostalgic for 60s pop or the Britpop sound will enjoy this.

The single is available digitally from iTunes & Amazon and has a live version of John Lennon’s “Working Class Hero” as a b-side.