2013 is off to a good start with album announcements left, right and centre. It seems we’re in for an excellent year in electronic music, in particular with Emancipator and Bonobo having announced new albums and free singles to accompany press releases. After a scattering of 12 and 7″ releases, Gold Panda is joining them and making a return after 2010’s joyous debut Lucky Shiner with his Trust EP, the first new material released since last May.

END_OF_DOCUMENT_TOKEN_TO_BE_REPLACED

Today I have two electronic EP’s from London based musicians linked here by a remix from which I followed the trail back to the source, in turn discovering two bright relatively new acts myself.

So without further ado, first up (if you’re not already familiar with him) let me introduce you to London based producer Catching Flies. END_OF_DOCUMENT_TOKEN_TO_BE_REPLACED

Poppy Ackroyd has had a busy year it would seem. Many will know her as the talented violinist and pianist of the Hidden Orchestra whose superb second album launched in September to a positive review from us, however there appears to be a lot more to her than that. The classically trained Edinburgh based musician is now close to the release of her debut solo effort Escapement (due December 2012). A heartbreakingly beautiful record of intricate and very delicate compositions made exclusively, bar the odd field recording here and there, using the piano and the violin. It’s a wonderful idea and is executed to perfection to the point if you weren’t aware this was the case you probably wouldn’t question it. END_OF_DOCUMENT_TOKEN_TO_BE_REPLACED 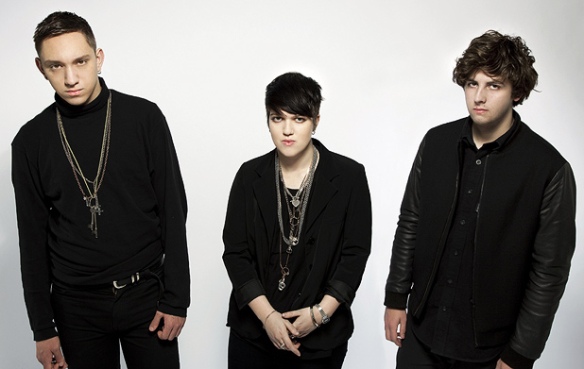 One of the most striking features of the XX is their visual identity. It’s simple, effective and because they’ve so firmly stuck to it, it has become a firm compliment to their music as well as a bold statement about their ideas. That vision is now spread across two albums as the XX return with Coexist the follow up to their vastly successful and celebrated debut XX. It’s been an ongoing discussion in the office since the excitement surrounding the release of their mercury winning album subsided, just how they would follow it up – would they forge a new path and deviate from the already unique sound they revealed to the public back in 2009 or would they stick to their craft and further hone the sound they created. Personally because there’s no one else out there quite like the trio, I’ve been hoping for the latter. Yes there are similar artists in terms of the ideals and basic execution but no one does the dual vocals or carefully considered minimalistic sound like Romy, Oli and Jamie.

So maybe the important question is if you didn’t like the XX three years ago will Coexist be enough to lure you back in for another listen? Perhaps. It leaves the young, almost naive innocence of the debut for a more developed and focused sound that shows the extensive world touring the band has partaken in over the last three years. it also sounds a little more introspective, mature and the band have opened themselves to the use of their peers styles incorporating almost club suitable beats at moments. It’s remix friendly yet again and thoroughly cinematic – expect to see many of these tracks cropping up on adverts and campaigns post release. However, in turn there doesn’t seem to be any tracks that jump out on a first listen. This is a shame when thinking back to the debut with tracks like crystalized and VCR instantly standing out from the get go with catchy melodies and clever use of dual vocals. I have listened to the album extensively now and I’m not sure I could pick out a specific melody or moment. So it’s a different beast this time, and maybe a little harder to get into, but despite this it’s still a deeply rewarding album with absolutely stunning production. It’s warm basslines throb, subtle percussion layers in unobtrusively; the unmistakeable XX guitar tone is there and compliments the entwined vocals wonderfully. There’s a haunting fragility throughout which crackles with electric energy and there’s space for every instrument to breathe and stand out. It’s also stylish with new instruments being introduced to the sound, among them strings make an appearance and even a steel drum which is used to perfection on the suitably atmospheric Reunion. It’s exciting to listen to and demands a certain level of attention to get the most out of. What it lacks in catchy melodies it simply overflows with atmosphere and creativity throughout. It is genuinely exciting to listen to on a set of decent headphones in an undistracted moment.

There will be reviews that extensively praise the band for sticking to their sound and continuing that identity they have forged over onto a follow up record, there will also be reviews that slam them for staying safe and making the XX part two, not adventuring out to find a new sound. Either way, it’s unquestionable that the XX have serious talent and a sound that is very much their own. Coexist is an incredible album in so many respects and  though it only refines the sound the band created four years prior and even if it’s not your cup of tea, it definitely deserves your attention for at least one listen. The band have stuck staunchly to a vision and that’s commendable in its own right. It’s refreshing to hear something so thoughtful, genuine and exciting, and to know it’s being consumed and celebrated on a mass scale is truly wonderful.

“It’s been a long time since we’ve played you anything new. This song is called Angels, it is the first single from our new album, Coexist. We’ve been playing this song live recently, so it feels good to share with you the version we’ve been working on for so long. We hope you like it. xx The xx” – The xx facebook

The xx are finally back with the follow up to their phenomenally successful 2009 debut ‘xx‘. It’s been a while since we’ve heard any new material, something the band are clearly aware of, and after their runaway success The xx have since fascinated me with how exactly they would follow up their minimalist debut.

What they’ve come up with has neither shocked me, nor disappointed me as Angels delivers the sound we’re so familiar with yet steps up its game in terms of maturity in song writing and production polish. It’s an evolution of the sound in every sense of the word. Still incredibly relevant, it’s The xx through and through; and no fan should be disappointed unless they were yearning for a different direction on album number two. It’s a lot more confident as well with Romy Madley-Crofts beautiful vocals appearing more sure and pronounced than previous material. If anything it’s a little short and is missing any sort of climax. Take it as a preview or taster of things to come when Coexist makes it to record store shelves this September. Whatever the reception, it’s guaranteed to be as cinematic and addictive as xx was back in 2009 while retaining all that make The xx such a force in popular music.

Coexist is set for release on 10th September 2012 and can be pre-ordered via The xx website. There are plenty of places to choose from and pre-orders from iTunes or The xx store come with a download of Angels for you to saturate your eardrums with on the run up to release day.

The long awaited Burial EP Kindred is finally with us and is now available over on the Hyperdub store to stream and purchase. What’s evident from a quick spin of the three tracks is the evolution of Bevan’s sound from his previous works. This could be attributed

to collaborations with both Four Tet & Thom York, and Massive Attack last year, whose influences creep into the new tunes. It’s a thicker, polished and darker sounding EP with more presence than previous Burial tracks which have tended to verge more on the laid back side despite being full of tension and atmosphere. The latter is still present but this bolder edge works well and the latter two tracks, Loner and Ashtray Wasp stand out in particular against previous Burial tracks. It’ll be interesting to see where Will Bevan takes this sound for a full length follow up, it’s clear he’s not afraid to evolve and embrace other genres of electronic music, it’s been a long time since the brilliant Untrue and hopefully we wont be waiting too much longer…

Stream and Grab the EP over at the Hyperdub store.

Tonight is the launch of a new EP by London based artist, Samuel Howard aka Halls. This will be his third release to date. His music is ambient, electronic and often has a sparse dubstep beat. For me, his sound is very engaging, I think it must be the ambient soundscapes that drift me off slightly into a psychedelic day-dream.

The launch is taking place at the hipster hive, Shacklewell Arms in East London. Doors open at 8pm. Click here to order your copy of the EP. I’m quite excited to hear him play live, his previous work is quite beautiful. Here’s the link to the Facebook event.

This track, I Am Not Who You Want, is from his new EP called Fragile, which is accompanied by a very apt music video, directed by Sebastian Nevols: