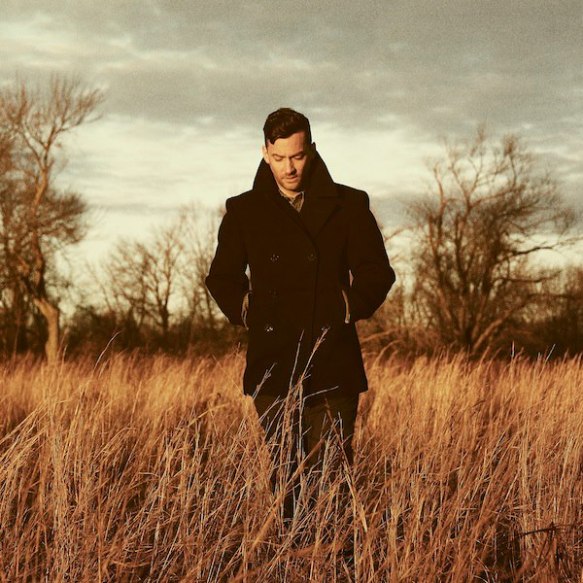 The album’s due April 1st (2nd in North America), lets hope it’s not an April fools! There’s also some new live dates to accompany the new album, to make things easy head over to this link for a full (and fairly extensive) listing. END_OF_DOCUMENT_TOKEN_TO_BE_REPLACED

Radiohead super producer Nigel Godrich has started a new music project and it’s awesome. His new musical venture is called Ultraista and it consists of himself, Mauro Refosco (Smashing Pumpkins/Beck/Atoms For Peace) and Laura Bettinson (formerly of Dimbleby and Capper, she now records as Femme). Not much else is known about the band, as information on the group’s website is scarce, however they appear to take their name from early-20th century Spanish literary movement ultraísmo. They do have Soundcloud, Twitter and Facebook accounts. Their debut album will be released on 2nd October via Temporary Residence, and you can hear two of the tracks from the album below.

If you haven’t heard of Atoms For Peace you must have been living under a rock or in space for the last few years. Just in-case this applies to you then I will explain. They are the supergroup originally created by Thom Yorke of Radiohead, to tour his 2006 solo album The Eraser. The band played a small US tour in 2010 where they played the Coachella Festival, the only date outside of America played being the Fuji Rock Festival in Japan. The band itself consists of Thom Yorke (Radiohead), Flea (Red Hot Chili Peppers), Mauro Refosco, Joey Waronker and long-time Radiohead collaborator and producer Nigel Godrich.

Since playing their final live date in Japan, all has been quiet with the band. That was until September 2011 when Thom Yorke confirmed that he was preparing an album by the band for release. Flea then also confirmed soon after in a separate interview that the band had recorded together and an album would be out soon. The album is expected to be released this year.

In April of this year Thom Yorke and Nigel Godrich also performed a DJ set in LA using the name Atoms For Peace. At this DJ set they played several new songs, but it is still unclear whether these tracks were actual songs or remixes of Atoms for Peace songs. They also now have another DJ set lined up at MoMa PS1 in September. You can watch a video of the band performing Cymbal Rush from Fuji Rock Festival 2010 below.

Finally, earlier this month it was announced that the band would release its first music in the form of a 12” on Monkeytown Records, the label run by Modeselektor. This vinyl consists of a remix of the track Tamer Animals by Other Lives and on the B-side they have remixed their own song Other Side.

You can listen to samples of both the tracks below, and keep an eye out for the album which will hopefully be out soon, it’s sure to be an amazing piece of music.

Atoms For Peace – Other Side (Stuck Together Remix)

Stephen Ellison is a very busy man. He runs his own record label, Brainfeeder; is a producer for many of the artists on that label and also produces his own music under the moniker of Flying Lotus. He has recently announced to the world that his fourth full length album will be released on 2nd October, and will be titled, “Until The Quiet Comes”. It will be released on Warp Records who released two of his previous three albums, his 2006 debut album titled “1983” was released on Plug Research.  You can see the album cover and tracklisting for “Until The Quiet Comes” below. The album will feature guest appearances from Thom Yorke and Jonny Greenwood, both from Radiohead, as well as Erykah Badu, Thundercat and Laura Darlington.  He will embark on an autumn tour to support the release of this record which includes two UK dates:

Further dates can be found here

Until The Quiet Comes:

In addition to all this new album goodness, Flying Lotus has also released a single as part of the Adult Swim Singles Series 2012. It was released on Monday (23rd July) and is available for free download. It is a collaboration with OFWGKTA member Earl Sweatshirt and someone who calls themselves Captain Murphy. It’s a belter

You can now see why I started this post by saying he is a busy man, but lets hope it stays that way.

Geoff Barrow of Portishead fame; under the moniker of Fuzzface, has a new hip-hop project called Quakers.

Barrow, producing the project along with Portishead engineer 7-Stu-7 and Australia’s DJ Katalyst, worked with over 35 artists to create a 41 track album.

The album started when the producers uploaded a series of beats to their Myspace page for anyone to download. People were then encouraged to rap over the samples and return them to the group. Entries that the group liked were then included on the album. Artists that contributed include Dead Prez, Prince Po, Aloe Blacc, Guilty Simpson, and M.E.D.

The reasoning behind the project is that the three like-minded producers, disillusioned with the current hip-hop landscape, wanted to create a record that they would like to listen to themselves. The method they used, meant that a wide range of genuine talent could be be showcased on the project, not just the current hottest names. Hence the name Quakers; it comes from ‘earthquake’ – they’re here to shake the foundations.

The various vocal talent is held together with a heavy, lo-fi and gritty production style, that can be heard to great effect on the first track released – Fitta Happier. The track features Guilty Simpson and M.E.D rapping over what seems to be a marching band covering Radiohead’s ‘National Anthem’.

Listen to Fitta Happier (ft. Guilty Simpson and M.E.D.) below

I really like the sound of this track and I’m looking forward to the album that comes out on 27th March.

The album will be available on Stones Throw Records as 2/LP, Digital, and 2/CD (vocal disc & instrumental disc).

Fresh off the back of the TKOL remixes, Radiohead have announced the release of a new single featuring “Live From the Basement” sessions of “The Daily Mail” and “Staircase” on December 19th. 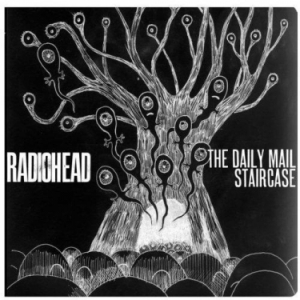 The track “The Daily Mail” was premiered on Zane Lowe’s Radio 1 show this week, listen below (via We All Want Someone).